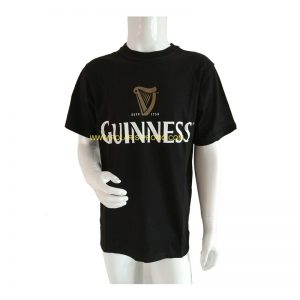 When tourists arrive, they first climb a small narrow staircase and enter the middle hall like a cave. For $10, visitors get a “crystal” – a palm sized piece of Lucite resin with a drop of Guinness ale inside. With it, people can go in and visit various exhibitions, and buy a variety of gifts for sale. After slowly rising to the top of the bubble like shape, the crystal becomes the ticket for drinking in the gravity bar. In the gravity bar, people can see the whole city of Dublin. After scanning the crystal, the bartender takes a piece of wire from it, and then delivers a pint of iced beer to the tourists, and returns the crystal to them as a souvenir. According to the company, crystal is not only a ticket, but also a way to communicate with customers.

Vedett, who stands for self, alternative, fashion, translates as “Star” in French and Flemish. According to the different fermentation types, the strain can be divided into two types: vedett extra white and vedett extra blond. They are all produced in duvel winery of duvel [...]

The Taboo of White Wine

The origin of shirt

Suits and shirts originated in Europe. The buttons used in shirts are also inspired by the through Cufflinks of French shirts. So the style of formal shirts is basically based on French shirts, with beautiful French folding sleeves. Just according to the different matching [...]

Use of melamine tableware

Tableware is suitable for catering (fast food) chains, food squares, University (University) canteens, hotels, enterprise canteens, advertising gifts, etc. Because of the particularity of molecular structure of melamine plastics, melamine tableware is not suitable for use in microwave oven, and it will crack if [...]

The difference of four kinds of leather

Different types of leather have different characteristics and uses. For example, cow leather with thin surface and high strength is the most suitable for making leather shoes; sheepskin leather is light, thin and soft, which is the ideal fabric for leather clothing; pig leather [...]

Carlsberg is the fourth largest Brewery Group in the world. Founded in 1847, Carlsberg is headquartered in Copenhagen, Denmark. At the same time, Carlsberg is the company’s main beer brand. Carlsberg group’s main business is the production and sales of beer and soft drinks. [...]

The development of shirts

Shirt is usually worn on the surface, with a variety of ways to wear before, often only as a supporting role. The role of the shirt, from the intimate underwear to the middle coat, dates back to the late 1600s when the men’s clothing [...]