The discrimination of shirt material

Shirt can be divided into combed cotton shirt, silk shirt, crepe de Chine shirt and polyester cotton shirt according to the base material. When selecting, it is ideal to have light, thin, soft, cool, stiff and good air permeability. Because shirt collar lining is often used as hot-melt adhesive material, it is forbidden to soak it in warm water above 60 ℃ when washing. The material of shirts used to be white poplin, but now they are made of Dacron, silk, yarn and various chemical fibers. Styles include stand collar, large lapel and small lapel. Women also have round neck or bald neck. Generally speaking, the short sleeve is mostly bald collar and round collar, while the long sleeve is mostly small lapel. 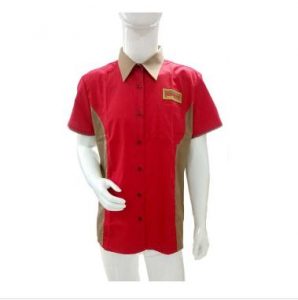 In addition to the advantages and disadvantages of the raw materials, the yarn count is an important factor to determine the fabric grade. The yarn count is the thickness of the yarn. The higher the yarn count, the finer the yarn, and the more complex the technology, the more expensive it is. Nowadays, 120-180 pieces of fabrics are generally used for high-end shirts, and even 200-300 pieces of fabrics are used for higher-end shirts.

The brand history of TUBORG

TUBORG beer, which started in Copenhagen in 1873, is the first light beer in Denmark. With a fresh and smooth taste and mild and moderate bitterness, TUBORG is well-known in more than 70 countries and regions around the world. It is also the only [...]

The development of shirts

Shirt is usually worn on the surface, with a variety of ways to wear before, often only as a supporting role. The role of the shirt, from the intimate underwear to the middle coat, dates back to the late 1600s when the men’s clothing [...]

Vacuum plating is to deposit various kinds of metal and non-metal films on the surface of plastic parts by distillation or sputtering under vacuum conditions. In this way, very thin surface coating can be obtained. At the same time, it has the outstanding advantages [...]

Miracles in the history of wine making After being transported to casasa distillery, sugarcane must be pressed, and the waiting time must not exceed 48 hours. Then, a special fermentation powder is used to ensure that sugarcane wine does not become sour and becomes a [...]