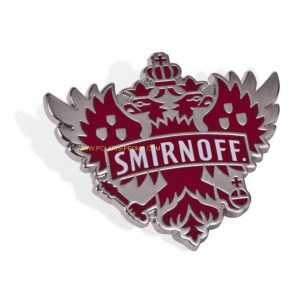 In 1818, the Imperial Russia era, the establishment of the Pierre Smirnoff fils in Moscow, after the October Revolution in 1917, is still a family business. In 1930, its formula was brought to the United States, where the crown vodka distillery was established.

Vodka, one of the most commonly accepted vodka, is sold in more than 170 countries around the world, which is the first vodka in the world. It takes the second place in the consumption of spirits, and 460000 bottles of crown vodka are sold every day. It is one of the purest spirits, and it is popular among bar bartenders all over the world. Crown vodka liquor is transparent and colorless, with no other flavor except the unique smell of alcohol. It has a dry and strong taste. It is made by mixing Indispensable ingredients for cocktails, such as Bloody Mary and screw knife.

How to choose glass？

1. Whiteness: no obvious color is required for the exposed glass. 2. Bubbles: a certain number of bubbles of a certain width and length are allowed, but those that can be pierced by a steel needle are not allowed. 3. Transparent pimple: refers to the glass [...]

The product characteristics of TUBORG

TUBORG beer is a kind of light beer fermented at the bottom, which adopts It is brewed from light roasted malt, bitter hops and bottom fermented yeast, presenting the refreshing and smooth taste that people like, and sending out the fragrance of flowers and grains. [...]

The pad printing process is very simple, using steel (or copper, thermoplastics) intaglio, using a curved surface pad head made of silicone rubber material, dip the ink on the intaglio onto the surface of the pad head, and then press it on the surface [...]