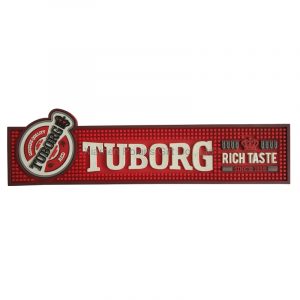 The love of TUBORG beer for music is deeply rooted in the brand gene of TUBORG, and its participation has become an indispensable part of the modern music world. As a fashionable beer brand for young consumers around the world, TUBORG beer has been actively sponsoring global music and cultural activities, including Glastonbury, Roskilde, exit, wireless and reading music festivals, the largest open-air music festival in the world.

In addition, the figure of TUBORG often appears in music videos of different international superstars, including black eyed peas, B.o.B, Eminem, kings of Leon, simple plan, Louis XIV, the academy is and one Republic.

Soft printing, gravure printing, offset printing and screen printing can be used for kraft paper printing. The best quality effect can be obtained by mastering the key points of printing technology, being familiar with the printing suitability of printing ink and kraft paper, reasonably [...]

Baseball caps have different functions of shading, decoration, warming and protection. Therefore, there are many kinds and choices.Face shape There are three main types of human faces: square (national face), round (round face) and pointed (pointed face). If you wear a round cap, you will [...]

This Beefeater 24 inherits the best quality and mellow taste of Beefeater, at the same time, it selects 12 kinds of natural plant raw materials, and adds Chinese green tea and Japanese fried tea raw materials for the first time, presenting unique, fragrant and [...]

Mission of Carlsberg Carlsberg is a dynamic international company that not only provides beer and drinks to consumers, but also attracts them to gather together and increase the fun of life. Carlsberg vision Make Carlsberg a leading international high-end brand in China Become the leading beer group in [...]

Glue properly The resin adhesive with high solidity and viscosity is suitable for low-temperature bonding, which can only be attached to kraft board after cooling, and can not penetrate into the board in large amount. The traditional hot-melt adhesive is also suitable for kraft board [...]